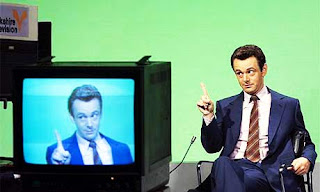 There have been a spate of superb football books written over the last few years and three of the best, coincidentally, concern Nottingham and one of its most famous local heroes. Gary Imlach's My Father And Other Working Class Heroes was set in the city, but the other two - one fact and one fiction - were based on one of football's most well-known characters. Duncan Hamilton's Provided You Don't Kiss Me was a personal account of spending twenty years in the company of Brian Howard Clough but it is David Peace's superb The Damned United that has attracted most attention.

A fictional account of the manager's forty-four days in charge of champions Leeds United, The Damned United drew controversy when it was denounced by both members of the Leeds team of that era and by Clough's family. For what it is worth, I thought that the book was terrific, and one of the best things I have read in the last decade or so.

The big-screen adaptation of The Damned United is softer than the book and tries to present more of a biographical look at Clough's early management years. Set in 1974 with flashbacks to his earlier Derby County years, director Hooper manages to successfully re-create the era and the atmosphere of the early 1970s and whilst the football sequences aren't perfect, the tone certainly is.

Clearly the subject matter offers solid gold material. Whatever your opinion of Clough (and I get the impression there is more affection for him now than there ever was at the time) there's no doubt that his outspoken wit and wisdom are much missed in this era of inane footballing platitudes. Michael Sheen does a fabulous job as a young Clough mimicking both his voice and idiosycratic behaviour perfectly. One of the finest character actors of his generation, Sheen brings a huge believability to the role and makes Clough into a more loveable figure than Peace created in his novel.

Supported by terric performances from Timothy Spall as assistant Peter Taylor and Colm Meaney (who is astonishingly good as grumpy Yorkshireman Don Revie), The Damned United is an absolute must-see. Considering my wife thought it was excellent and she knows nothing more of Brian Clough than seeing his name adorn the stand at the City Ground as she goes past on the bus, The Damned United is a triumph for all concerned.
Posted by LB at 4:49 pm No comments:

and some wildcards from the England game 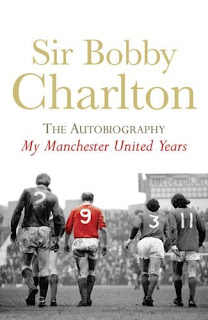 Whilst he's never been the most controversial figure in the world, I found it a really interesting read - as you'd hope from one of the finest footballers these shores have ever produced. From his upbringing in the North East (saving his pocket money to go and watch Newcastle United with his elder brother) to captaining United to European Cup success it is an interesting tale as much for the inisght to football in the 1950s and 1960s as it is about his own life.

As expected, the chapters devoted to the disaster at Munich are moving and emotional as he tells the story through the eyes of a survivor, confused as to why he was spared when so many of his talented team-mates perished in the accident. He also shares his all-time Manchester United XI with us (which, to be fair, contains few surprises.)

It's not a controversy laden autobiography lifting the lid on the internal workings of United but it is a charmingly modest and interesting story of one of the game's most famous and well-respected characters.
Posted by LB at 12:20 pm No comments:

It's like the 1980s in reverse. Liverpool would pretty much always win the title but United would occasionally beat them in the league along the way....

I know I have said this before but there just seems to me to be something fundamentally wrong about English clubs making up half the quarter-final line up for the European Cup. It's supposed to be about different countries, different styles and yet we're liable to have Arsenal v Liverpool or similar in the quarter-final.

I just don't like it - I'd be much more interested in watching eight different nations going head to head than I am watching games I can see in the Premier League twice a season already....

wildcards from some random cup thingummies

Hello all, it's predictions time again. A hotchpotch of league and Cups, this week.

And for five points per correct prediction at the end of the season - who's going down from the Premier League?