"We're in exactly the same place we were before Doha. We've qualified well and people should remember that in the friendlies we've played Spain, Germany, Holland, Brazil, four of the top five in the world. France as well."

Hmmm. Let me recall those results. 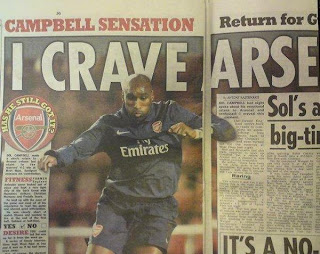 There are lots of betting markets and discussions flying about already as to who will play who in the latter stages of the 2010 World Cup.

Similarly, assuming Germany and Spain win their respective groups (they should do) then they can't meet in the World Cup Final. And yet, it's a 22/1 chance that they will be the two finalists when it is 25/1 that Germany will meet Brazil in the Final, which is perfectly plausible based on the draw.

Anyway, the moral is this: do your research.

Malawi wins at the African Cup of Nations before this game: 0

Number of people in the crowd at Angola's National Stadium: approx 30

Number of Algerians who represent Portsmouth: 2

Chances of Algeria beating England at World Cup 2010 on this performance: 0

Amount of money I lost from Algeria failing to turn up and being soundly beaten by a hopeless Malawi team who have never won a match in this competition before and despite having one of those comedy African goalkeepers who doesn't look like he has ever played football before: £5
Posted by LB at 3:36 pm No comments:

As part of my actual job these days, I have to come up with literally dozens of ideas of articles I can write about the 2010 World Cup.

Not for June, but to write them now.

Why Spain Won't Win The World Cup
Will There Be A South American Winner?
Top England Goalscorer
England Stage of Elimination

and so on, and so on. The more ideas I come up with, the more articles I can write and the more I will be paid.

I'd really appreciate any ideas that anyone has - editorial or otherwise - on as limited or wide a topic as possible. Bear in mind that the list on my desk now includes things like 'Australia's Top World Cup Goalscorer' and you can see how desperate I am.