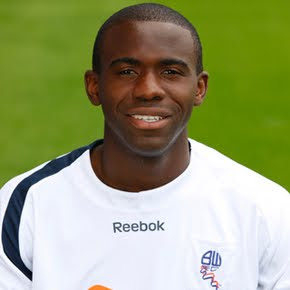 The football world continues to hold its breath for the well being of Bolton midfielder Fabrice Muamba who collapsed during the first half of his team's FA Cup quarter final against Spurs on Saturday.

The medical staff on hand have been credited with saving the life of the 23 year old. Considering the superb facilities that are now available in football, you would perhaps think that the number of player fatalities during matches would have plummeted compared with bygone years.

Sadly, the statistics tell a very different story. Since 2000, 41 players have died on the field of play (or from injury or illness sustained on the field of play) compared to 43 in the entire history of football going back to William Cropper who died of a ruptured bowel in a match between Staveley and Grimsby Town in 1889.

Deaths on the field of play have historically been an odd mixture of illness and bad luck. Until the late 1990s many deaths were caused by head injuries or being struck by lightning, although many others were simply caused by misdiagnosis of injury/illness or complications arising from a collision on the field of play.

Since 2000, however, the majority of fatalities have been caused by heart problems. So why the stark increase in the deaths of young, athletic footballers in the last decade, especially considering the advances in medical treatment and the improved facilities at stadia?

Well, one answer could simply be that there is more football these days. While there have been tragic high profile cases - Marc Vivien-Foe, Phil O'Donnell etc - the sheer volume of matches being played now across the world compared to the early 1900s makes it far more statistically likely that deaths will occur. And, with improved media, these deaths are far more likely to be reported.

Saying that, don't assume that these deaths are taking place in the Third World. Many of the fatalities have been in high profile leagues. Since 2000, players from CSKA Moscow, Dinamo Bucharest, Benfica, Sao Caetano, Sevilla, Motherwell and Espanyol have died, and of course Foe was on international duty with Cameroon when he passed away.

Perhaps also that it's the speed and athleticism needed for modern football puts additional pressure on the bodies of young people. Or, it could simply be statistics. Twelve young people under the age of 30 die from heart conditions every week in the UK, and so it stands to reason that sooner or later one of these will be a sportsperson. For every Fabrice Muamba, there's my mate Jonny's brother who died of a similar condition whilst apparently fit and healthy on a holiday in Croatia back in 2008.

Recent figures from the hospitals in my home town of Nottingham showed that while the number of heart disease patients treated rose in the last decade, the number of deaths fell by 60%. So, there's clearly much more that can be done to save the lives of heart disease victims these days, which makes these figures appear even worse.

It seems counterintuitive that as many footballers have died on the field in the last 12 years than in the previous 112. However, they are the sad facts, and so let's all hope that Muamba - a 23 year old with a fiance and young son - doesn't become the latest addition to these sobering statistics.
Posted by LB at 10:07 am 12 comments: 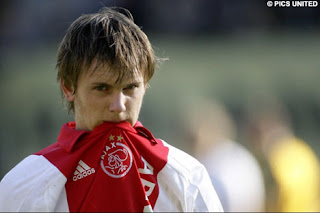