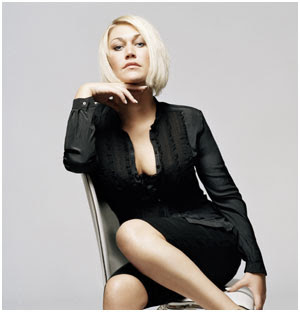 So, Manchester City have confirmed the club record £18m signing of Jo.

Rumours that Mark Hughes is planning to add £5m signing Bradley, £3m rated Hannah and £10m stunner Rachel to his Eastlands line-up have today been denied by the club. In a statement, a club official confirmed that City were assembling a squad to "reach for the stars" and they were hoping that Hughes would "bring it [their previous success] all back". Jo himself said that he had "never had a dream come true" before, that was was a "natural" goalscorer and that there "ain't no party like an Eastlands party".

... when you remember the names of the boys in S Club?

And that's right off the top of my head, matey boy. (I did include Bradley in my piece, I do believe...)

Don't mess with my crappy pop knowledge. You'll go *down*.