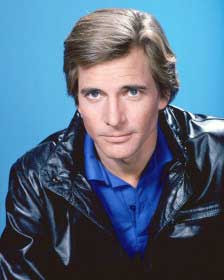 From The Daily Telegraph:

"Manchester City have given a trial to the son of one of the former stars of The A-Team, the hit 1980's television show.

Roland Benedict, whose father, Dirk, played Templeton 'Faceman' Peck in the programme, has been training with City's development squad over the past week. Benedict Jr has played for Gillingham's reserve team , and had trials at Southend United, although the prospects of the 20-year-old striker working his way into City's 'A-Team' are remote."
Posted by LB at 1:25 pm

I didn't know that his son was into Football and it is quite weird. It is the first time that I heard than a actor's son plays soccer.