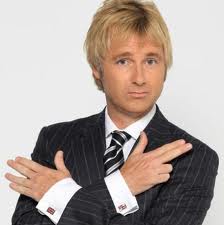 I spent much of the Christmas period in France, and I was delighted to see that there is plenty of TV coverage of the English Premier League. Not only was I able to watch more a less the full round of fixtures on Boxing Day, but also the rescheduled Arsenal v Wolves game the following day. Coverage was pretty good too. Canal+ has this thing they call a “multiplex”, where they show you live coverage from a game, and then if something starts to happen elsewhere, they flick their coverage to one of the other games. On Boxing Day, with a pretty full fixture list all kicking off at the same time, this worked pretty well.

I suppose it’s a little annoying when they flick games just as you’re getting your bearings or if you are interested in one game in particular, but given that we spend our time in England on days like this watching a TV programme that consists entirely of Jeff Stelling flicking between coverage of a bunch of blokes watching the games, whilst we get no live footage of matches at all, it’s a relatively good way to absorb the afternoon’s drama.

Canal+’s studio coverage is actually fronted by an Englishman; he speaks impeccable French, of course, but his accent is clearly English and he also – unusually for French TV – pronounces all of the English club names correctly and could actually tell you what Wigan or Norwich are like. Darren Tulett has apparently been working in the media in France since 1998 (when he asked Bloomburg, his employers at the time, to transfer him to Paris so he could catch some of the World Cup) and has ended up anchoring TV coverage of the football almost by accident… and he’s clearly a bit of a character. For the Boxing Day coverage, he was dressed up in black tie (the concept of Boxing Day is alien to your average Frenchman and in 2011 was a normal working day), but for the Arsenal v Wolves game he was wearing what looked like a velvet smoking jacket in burgundy. Apparently he’s always a snappy dresser, my father-in-law tells me, and has been called “the Austin Powers of French television". His studio guests for the afternoon’s coverage were the distinctly unpromising Gerrard Houllier and Jean Alain Boumsong.  Actually, from what I could gather, Boumsong is an excellent pundit and Tulett is a good enough presenter to know not to let Gerrard Houllier speak too often.... 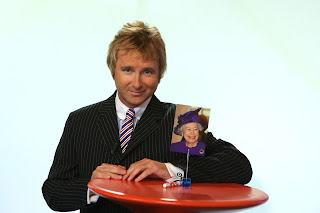 He was funny too: often, at the end of a game, we would get a pitchside interview with one of the French-speaking players – Florent Malouda at the Chelsea game, for instance – but Canal+ also took the live feeds of interviews with some of the managers. When Alex Ferguson came on, Tullet informed the viewers that he would do his best to do an off-the-cuff translation as Ferguson spoke, but did warn us that he was Scottish so….. Sure enough, although the translation initially went well, before long, as Sir Alex became more and more impenetrable, so Tullet’s translation became a bit slower until he eventually started laughing (well, chuckling... he is a pro, after all).

I thought he was great fun. He’s got a really light touch and he knew how to bring the best out of his pundits and the coverage that was flicking around games. Apparently he’s known as Darren d’Angleterre and presents other football programmes on French tv that are inspired by the likes of Fantasy Football – one is even called “Match of ze Day”. He once (so I read) persuaded David Ginola to re-live the error that cost France World Cup qualification in 1993. In the sketch, Ginola ends up trying to hitch a ride out of the stadium with his France shirt over his shoulder to the "Lonely Man" theme tune from the Incredible Hulk. Brilliant. 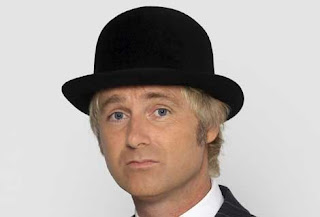 Until I saw him on Boxing Day, I'd never even heard of him and he could probably walk unrecognised through the Sky Sports studios.  When you think of some of the idiots we have presenting football coverage in this country, that seems remarkable.

Darren Tulett might not have scored 48 goals for England or anything like that, but he is possessed of charm, wit, a lightness of touch and the ability to competently present coverage of the English Premier League.... all of which is more than can be said for some people we might mention.

Can we send Gary Lineker to France on an exchange deal in the January transfer window?  Please?

Although, to be fair, why would Tulett want to come back?

Our loss is French television's gain.