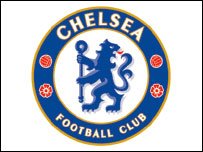 I was chatting to my boss, a Chelsea fan, last week. He used to go regularly, had the shirt, followed the club since he was a boy.

His biggest gripe? He hates the way that everyone hates Chelsea.

When Mourinho took over, I'm not sure anyone (other than for partial historical/rivalry reasons) hated Chelsea. Now, everyone does. What happened in the meantime?

Clearly, the Special One himself is largely to blame. From being an honest breath of fresh air to the Premiership, his outbursts and paranoia have got steadily worse and more ill-advised, culminating with his most recent attack on the efforts of the Berkshire Ambulance Service in responding to Petr Cech's injury at Reading last week. He can't seem to stop himself any more.

Why else do we hate them? Successful teams always suffer from jealousy and "automatic" dislike (as a United fan we have experienced this for years) but with Chelsea it goes above and beyond that. Their players started off being impressive and, on the whole, well-behaved, but now we have the histrionics of Drogba and Robben and the crude challenging of Essien and Boularouz. They signed Ashley Cole, possibly currently the least popular player around. Peter Kenyon talks about them as a "business" and about "margins" and "markets". Their endless cash pot has completely skewed the transfer market in Europe.

I'm not sure I hate Chelsea, but I am starting to dislike them intensely. As a Wolves fan, it's not especially because they are winning everything or skewing the transfer market - that doesn't affect me much. It's a lot to do with the fact that they are extremely ungracious winners. To some extent, I can understand why Mourinho baits and niggles at sides like Chelsea. But why Reading? It's not like they're going to threaten them for the league title is it? Do his collection of multi-millionaires really need motivating with this kind of persecution "us against the world" complex?

Plenty of managers have been down this road before Mourinho (Wenger and Ferguson, to name two), but somehow with Chelsea it's harder to stomach.

I have a strong dislike for the Chelsea, and it’s all about the money for me. I’m sure it is the case that teams gone by have also been able to buy their way to the top, and obviously with more cash flow you’re gonna have access to better players; but it just seems more apparent and more vulgar with Chelsea. And for me, the money side of the game is rather repulsive. Give me the lower-league clubs for the football spirit, the supporting spirit, watching and enjoying football, staying with your club even if they’re shite. Chelsea and their money seem the complete opposite of what football should be about, for me anyway…

Chelsea - saw them lose to Middlesbrough earlier this season. Looking across at the away following when Chelsea took the lead, I thought 'How can you be that excited given the fact that it's an entirely financed - and not developed from within - team'. I just don't get that. As Middlesbrough went on to win the game I was first and foremost pleased for Southgate, but I was also glad at the thought of the feckless baying Blues' 300 mile drive back. So maybe there is some kind of Chelsea loathing in there.

Mourinho? A performer, and as such I can't take him seriously. But the Premiership would be much more dull without him.

I was pleased to see Damien Duff exit Stamford Bridge over the summer - and I'd like to see Wright-Phillips (at least) do the same. At the end of the day though, money talks, and whether it's quality players happy to sit on the bench (if lucky), or fans willing to cough-up comedy figures for tickets, then that's how it is. And as per Alabama, I'd choose Dagenham and Redbridge versus Northwich, over Chelsea versus Whoever, any day. Or at least most days.

The thing with Chelsea for me is this..

Man United buy a £30million pound player, they have built their team from winning trophies and bulding a fan base.

Tottenham sign Berbatov, after finishing 5th in the premiership and earning money.

Norwich sign Ashton, again from earning money from being promoted after a good few seasons building up to it in the premiership.

Chelsea, buy whoever they want, but they haven't EARNED the right to spend the amount they do either from on or off the field ventures.

Everyone hates them?? If thats how they treat their own supporters can you blame them??

If Lampard is to be replaced by Deco (as rumours currently have it), that leaves the Chelsea fans with John Terry and a bunch of mercenaries, doesn't it? That's a rubbish state of affairs for any club. You can point at Arsenal for having very few homegrown players in their first team, but at least Wenger buys these players as the unfinished article and makes them into something. Arsenal fans have watched players like Viera, Henry and Fabregas blossom, and it gives everyone (including the players) a sense of identity and loyalty to the club. Can the same be said of any of Chelsea's signings? I don't think it can even be said of Mourinho, Kenyon or Abramovich.

When I'm over at the Guardian's sports blog reading the comments on the posts there, I never fail to be amazed at how bitter and paranoid many of the chelsea fans posting seem to be. Amazing.

by the way, how stupid do you have to be to sell a duplicate of your own ticket to a game? Doesn't that mean that someone else will be sitting in your seat?

I don't like the fact that they can just buy players whenever they want, and often it feels like they are buying the players just so that others can't. Why do players join when they know there is a high probababilty they will be sitting on the bench every week, and stalling their career?? Is Wright-Phillips a better player now than when he joined?? NO.

Also... where have all the bloody Chelsea fans come from?? It's like the Man Utd fans of the 90s... bloddy glory hunters!!

I'm simply not allowed to feel anything other than hatred for Chelsea; For I am Leeds.

I dislike Chelsea because of the astonishing arrogance of their fans (even in the days before Abramovich).

They also charge a fortune for a crap away section (or did last time I went).

However, my main reason for commenting is to leave my predictions for the weekend, seeing as I'm going to be away from a computer until next week. So here goes:

Any games I missed/ wildcards:

For me, it's the gamesmanship and arrogance that's most galling. I still find Mourinho entertaining - but he's far from the breath of fresh air he was when he first arrived in England. Now he's the paranoid crank you like to laugh at.

On the money front, to be perfectly honest, Chelsea may have taken spending to a whole new level, but other big Premiership sides (and by that I mean clubs with significant financial clout, including ours) have been buying - or at least attempting to buy - success for ages. It would be a bit hypocritical of me to have a go at them for that - as it is for Man Utd / Arsenal / Liverpool fans too.

Some of your comments are ridiculous, are you telling me that Man. U is not a money spinning club?? Which club does not want to buy good players? Chelsea was lucky to get Roman as a investor and with his purchase of the club they were able to resolve many problems. Look around the English Football, it's being bought by foreigners, Man. U and Liverpool are American, Man C. is owned by a former Thailand Prime Minister,(just to mention a few) all people pumped lots of money into their clubs. So wipe off your tears and deal with it. Stop the envy. You just can't get ove the fact that Chelsea is rinsing everybody else.