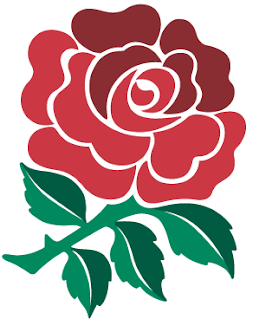 Well, I never thought I'd see the day when I saw a major sporting organising body displaying levels of incompetence to match the likes of FIFA or the FA.  It looks as though the RFU, the body governing English rugby union may just about take the biscuit.

Let's take a moment to remember that rugby fans - myself included - like to assume the high ground in any conversation with football fans: the players and the fans are better behaved, the referee is treated with respect and his decisions are final... blah blah blah.  Oh, how those chickens have come home to roost now.  Amidst the debris of a failed World Cup campaign, recriminations and resignations are flying around, confidential reports are being leaked left, right and centre.  The players, as well as being awful on the pitch, apparently behaved atrociously off it as well, harassing hotel employees, drinking and dwarf tossing, abusing major sponsors, jumping off public ferries.... you name it, the England rugby team appear to have done it, all whilst keeping the main eye on their sponsorship opportunities.

Lest we get too carried away with our schadenfreude, however there are a couple of things that I think we can learn from this:

1) English rugby can surely sink no lower than this.  Those confidential reports should never have been leaked (called "Twickileaks", obviously) and are a catastrophic breach of trust with the players.  That said, now that the truth is out there, there is absolutely no hiding away from the fact that changes need to be made; changes to coaches, playing staff and to the bureaucracy behind the scenes.  How much would you give for something similar to happen to English football?  Would you like to read the candid, anonymous views of the players and coaching staff on the 2010 World Cup debacle?  Wouldn't you really like to know what the players think of John Terry as a captain or of Fabio Cappello as a coach? I know I would.  We've lived with decades of disappointment -- remember that England won the Rugby World Cup in 2003 - maybe something like this would make that fundamental change that could make us winners again.

2) I'm not sure that England's football players would be as eloquent in a written report on a World Cup campaign as some of their rugby playing counterparts.  The rugby players use words like "philosophy", "lacklustre" and "blueprint".  I wonder if Wayne Rooney knows what a blueprint is; a poster from Picasso's Periodo Azul, perhaps?  Even if they could string a written sentence together, would your average England international footballer be able to step away from the bland even in an anonymous report?

I can remember English cricket hitting rock bottom when we struggled in a test series against Zimbabwe.  We're now the number one Test playing side in the world, and that hasn't happened by accident, but by rigorous player selection and coaching and through meticulous planning.  Martin Johnson ultimately failed in his role as coach of England rugby at least partly because of his loyalty to old hands like Jonny Wilkinson and Lewis Moody; great servants of England rugby who had simply reached the end of the line.  Hmmm.   As Euro 2012 approaches, it's hard not to draw similar conclusions about players like John Terry, Rio Ferdinand and Frank Lampard.  Let's hope the football team doesn't make the same mistakes as the rugby team, and that we're not reading the usual sob stories in the players' latest round of autobiographies next Autumn.
Posted by swisslet at 7:41 pm

It is a pity that it happened to Rugby but there aren't things that they can be avoided. It is part of the experience of the RFU.