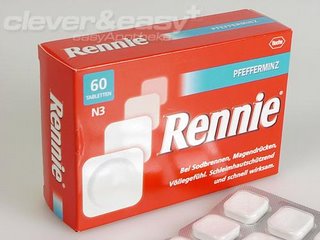 I know I have touched on this matter before but the issue of referees being "demoted" to lower leagues has reared its head again this week.

Histrionic, generally useless idiot Uriah Rennie faces demotion from the Premiership after allowing James Milner's goal for Newcastle United to stand at the weekend despite Scott Parker being in an offside position right in front of the goalkeeper.

Ignoring the fact for one moment that Uriah Rennie is the worst senior referee I have ever seen (at the risk of having a Jade Goody moment, I am convinced that his elevation to the Premiership is not solely down to his refereeing credentials - I have always thought positive discrimination was a bit of an oxymoron) I find the whole notion of "relegating" referees to lower leagues bizarre.

If I was a Premiership footballer, and was utterly rubbish in one game or did something dreadful, there is a quite strong likelihood that I might be dropped for a couple of games. What wouldn't happen is that I'd be sent on loan to Luton or Plymouth or Colchester for a spell. Which is, let's face it, exactly what happens to demoted refs.

Plus, what sort of message does it send to Championship clubs that a referee deemed too incompetent to take charge of a top flight match is suddenly appointed to their game?

I understand the need for a pyramid system of referees in terms of promotion. Just because I have my refereeing qualifications and have officiated some Sunday League matches does not mean I could be let loose on the Premiership this weekend (although I reckon I'd do a job). It's clearly important for referees to gain experience in the same way that we all work our way up the career ladder (or at least used to before the futile pointlessness of it all kicked in).

But once they have reached the required standard then suspend them if you must (is it supposed to be a punishment?) or admit that referees make mistakes, as do players and managers, and let them get on with the job. Let's not (literally) send them to Coventry.

I seem to recall Rennie was quite good during his first couple of seasons.

He's crap now though - and I say that as a Newcastle fan, whose team were grateful to him on Saturday. Course, he's screwed us over many more times in the past.

On a different note, did my entry for F arrive - I lost your email address?