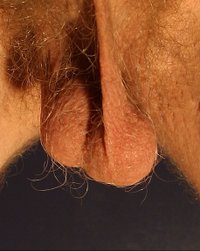 Now then fellas, this has got to hurt....

from the Beijing News:

"Shenyang Ginde player Liu Jianye will miss the rest of the domestic Chinese Super League season after suffering a split scrotum during a club match, local media reported on Monday.
The 19-year-old midfielder's injury was sustained after Xiamen Lanshi defender Meng Yao kicked him after 15 minutes of Sunday's game. Liu's injury would require an operation and at least 10 stitches, the newspaper said."

It makes me wince just thinking about it.
Posted by LB at 11:41 am

That's just so put me off my breakfast this morning and good job the boss wasn't peeking over my shoulder...

The IT bods at work have been told to restrict access to sporting website. The only football one I can read is this one, so imagine my surrpise when those appeared on the screen. Could have been an instant dismissal I reckon...and had to wait till I got home to double check that what I thought I saw was actually Michael Ballacks...and read the story.