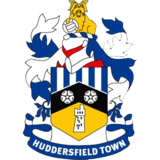 As Swisslet correctly pointed out here, blanket and hysterical coverage of the Premier League pretty much dominates the media these days, and so the achievements of lesser known clubs often go unheralded.

Last night, Huddersfield Town drew 2-2 with Scunthorpe. It's a result that would have barely registered with anyone outside Yorkshire and Lincolnshire, but it marked Huddersfield's 40th unbeaten league match. That's right. The Terriers, under the management of Lee Clark, haven't lost in the league since they were beaten 4-1 by Southampton on 28th December last year. Unsurprisingly, it's smashed the previous club record.

Clark's side sit second in League One and look good for promotion to the Championship under the 38 year old rookie manager. So, perhaps we could have less coverage about Carlos Tevez suing his manager and Mario Balotelli buying a trampoline and more on the superb achievements of less fashionable clubs?
Posted by LB at 4:44 pm