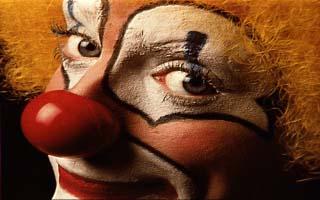 David James poses for the cameras before yesterday's game, before he's had enough time to properly prepare his makeup

I've always thought that international friendlies were largely pointless affairs. They are usually played with a shadow squad because the best players usually withdraw from the squad in advance of the game with minor niggles (read: need to be fit for a more important league cup game later in the week). As if that wasn't bad enough, they are often played at half tempo, and the sheer number of substitutions that take place totally shatter the continuity of the game and results in International Caps being thrown out like confetti.

Last night was a new nadir.

This is World Cup year. What greater incentive can there be for staking a claim for inclusion in the England squad? Incentive aside, as professional players, we have every right to expect that they will turn up for each game and give their all, whatever the circumstances.... and surely even more so when the game in question is an international match.

So what the hell was David James thinking when he came out after the game and told us all about his lack of preparation for the game? He's one of the most experienced members of the side. Surely he should know better than this. Fair play to the guy for being honest: he certainly wasn't the only guilty party in the England side - on that performance, Rio Ferdinand isn't worth a fraction of his £100,000 a week. Best defender in the world? Do me a favour.

Frankly being sorry isn't enough, and the apology is not accepted. We already know what a bunch of overpaid, childish prats the majority of players in the grossly over-hyped Premiership are. With every fight, with every sex scandal, with every cigar, we see that more and more clearly. Inevitably this total lack of professionalism now stretches out onto the pitch.

These players are bloated on their fat salaries and on their own publicity. They should be ashamed of themselves, but I'm sure they are not.

See you at the weekend for the next round of games in the self-styled "Most Exciting League In the World".

We're one of the favourites for the World Cup, by the way.
Posted by swisslet at 12:38 pm

Strangely, I was at the seaside with Mr and Mrs Barry Davies yesterday, and owing to a lengthy delay at a restaurant afterwards I missed the match (and the prospect of getting home the same day...)

The restaurant rather nicely made amends for being very slow by giving us an unopened bottle of quite decent wine to take away. Having read the back pages this morning, I think I've done rather well all things considered.

Thankfully I too missed this debacle.

Still from the match reports I have read, I can imagine what it was like. Only too well.

That is the same sort of dross we get week in and week out at the City Ground.

You get used to it being a Forest supporter.

I also missed the "game" but by all accounts we were shocking.

In some respects I feel the result to be a good thing. Many footy folk (myself included) were starting to get a bit cocky about our world cup chances, hopefully now we will all be a bit more realistic.

And surely now has to be the time to end Calamity James' international career. I quite like the fella as a person, he's often refreshingly honest when he has cocked up, but as an international goalkeeper he's not fit to lace Paul Robinson's boots.

I saw the highlights. Late at night. Couldn't sleep after that. The c**ts! That poor Ashley Cole boy... at every turn he seemed to be lost at sea and without any fellow defensive swashbucklers. Throughout the game the England players' body language (generally flailing about like fools or doing droopy Chris Waddle shoulders) was speaking very unpleasant volumes.

For God's sake why do we persist with James! He's useless! We've all known he's been useless for ever!
And what was the point of playing Owen? When we know he's not availble for the next match!? Surely we'd have been better off using Bent or something?

I watched the game. Observations.

1. Sven needs to mix it up as everyone in the team takes their place for granted. Nothing to play for. This is also part of the reason why Alan Smith decided not to join up as Team England is in danger of becoming a closed shop. Jermain Defoe said as much last week "if Michael [Owen] is fit, he'll be picked". And that can't be right, surely?

2. Joe Cole is not the answer to our midfield dilemma. If we hadn't conceded four goals the inquest would have been about his lack of input.

3. You can't play Lampard, Gerrard and Beckham in a 4-4-2 formation

4. David James international career should be over. Immediately.

5. Rio Ferdinand needs to pull his finger out for club and country and remind everyone why we he should be playing. Ball playing centre half in the Bobby Moore style? My arse.

6. We have no reserve right back. Glen Johnson? Do me a favour.

7. Jermain Defoe is not as good at international level as people think he is

8. Wayne Rooney is as good at international level as people think he is

9. David Beckham should get back on the f*cking right wing where he belongs and stop wandering all over the place

10. Substitutes in international games are supposed to still be good players, last night they were all awful (carragher particularly)

12. Sides who can pass the ball will still make us chase after it for three quarters of the game

and finally, the problem with England for the last 40 years:

Other than that, the World Cup has got our name on it...

No Plan B is still good enough to beat us come September I fear ...